The EACWP, along with European Union support provided through the Grundtvig Project, carried out from September 2010 to September 2012 one of the most successful activities of the association: the Fundamentals of Poetry course 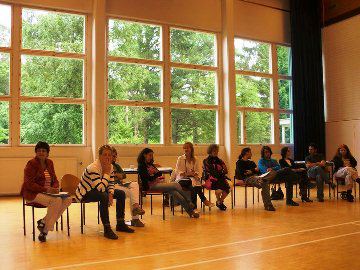 «Poets understand each other even if they would not understand each others’ language». This idea, submitted by the Finnish professor and poet Risto Ahti (Lahti, 1943), somehow captures the primary spark of the Fundamentals of Poetry course. The project was organised and convoked by six participating schools among the EACWP members: Escuela de Escritores (Madrid), Scuola Holden (Italy), Aleph Écriture (France), Literarni Akademie (Praga), Schule fur dichtung (Viena) y Orivesi School of Arts (Finland).

As it is written in the project documentation itself, Fundamentals of Poetry was conceived as a pioneer program, whose principal objective aimed «to provide a trans-European learning experience» through gathering 35 participants around a Poetry introductory course and enriching the student’s sight by encouraging personal and cultural exchange. The whole program was developed in English but all the students had the opportunity to write in their own language and discuss their texts with teachers from their schools.

The program was structured in two home classes and four on-line sessions. The first home teaching session was held in Madrid (Spain; February, 2011) along with the opening and the last one in Orivesi (Finland; July, 2011) as part of the closure meeting. The first class was guided by Jörg Piringer (Schule fur dichtung), who worked straight forward on the basic tools of Poetry, sound and rhythm, and ended up reflecting around the emergence of a new kind of Poetry widely influenced by sound tools technology as, in the past, traditional musical instruments helped to create poetic compositions that did not exist in books or papers. 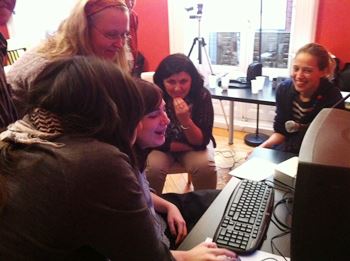 In the second class, Petr Borkovec (Literarni Akademie) based his workshop on an insistent exercise: turning a stone. The experience itself concerned the idea of uncovering and observing both living and inanimate elements and how this objective process could lead from a descriptive writing to an emotional-intimate approach of the outside. In the third class Luis Luna (Escuela de Escritores) and Xénia Dyakonova (Escuela de Escritores) brought up the basic poetic handicraft tools, structure and sense, by comparing a poem with a glass building. Out of this metaphor, some fundamental questions rose up: Aren’t words –language- the scaffolding of such a building? Besides, isn’t that the importance of topics and subtopics wisely distributed within our building?

Regarding the concept of lyricism, Isabelle Rossignol (Aleph Écriture) dealt in the fourth session with the complexity of the emotional world and its relationship with lyricism. The workshop encouraged the translation of images into emotions themselves by exploring and tackling a personal inner voice through a unique language. Risto Ahti (Orivesi School of Arts) opened the fifth session as an introduction to his main topic, Ambiquity, with this idea: «One will not understand the history of any other person nor her way of intaking the world. Honesty in emotions and recollections of sensual experiences remains one’s own responsibility». Regarding this statement, the students were challenged to seek precision in their texts by trying to comprehend and capture the three fundamental dimensions of Poetry: the sensual, the emotional and the intellectual. 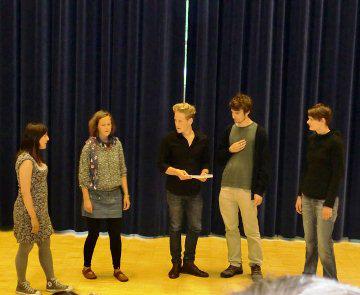 In the last class, Mattia Garofalo (Scuola Holden) closed the Fundamentals of Poetry course with Batjin’s concept of Heteroglossia. The session exercised the incorporation of different literary speeches in the creative process on each student’s text and encouraged an open discussion about the workshop itself.

The creative outcome of the course is recorded in a brief anthology Fundamentals of Poetry: Student Text Samples (Web edition, 2012) edited by Renée Gadsden (Vienna Poetry School). This document also registered some teacher’s testimonies, which have emphasized some of the EACWP staff conclusions during its meeting in Paris after the evaluation of the project. «I myself –wrote Risto Ahti about the Fundamentals of Poetry experience– was very much impressed by the hunger and enthusiasm and the energy in most the international students I talked with. This must have consequences. Must be followed up».