During our II International Pedagogical Conference (Finland, 2014), Rubén Abella (Escuela de Escritores) traced by means of a slide projection the history of the complex relationship between photography and writing in the transmission of information, from the seminal captions used by the French photographer Paul Nadar to the felicitous collaboration of James Agee and Walker Evans and the hybrid works of, among others, Wright Morris, Duane Michals, Robert Frank, Barbara Kruger, and Wim Wenders. The lecture/workshop also included a practical section where participants were asked to write fiction texts based on photographs and created their own photo-text combinations 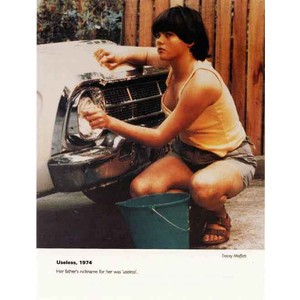 Photography and writing have always maintained a complex relationship. Captions —bits of text providing the reader with information that the photographs cannot provide by themselves— were the first texts ever written in direct association with photographs.

Paul Nadar used longer texts to accompany the photographs he took of the interview held by his father, the renowned photographer Felix Nadar, with the scientist Eugène Chevreul on occasion of the latter’s 101st birthday on September 5, 1886. It was, in modern terms, an actual photo-essay, almost a storyboard, since it registered the passage of time and transcribed the words of the scientist at the bottom of the page in a beautiful cursive hand.

Later on newspapers would make free use of captions and other techniques such as photomontage, which sometimes used fragments of text. But in Nadar’s interview as well as in newspapers, the sole function of the text was to reinforce the meaning of the photograph. This unequal relationship continued until the 1970’s, when American photographer Duane Michals started to produce works in which texts played a key role in the photographic presentations. Michals had previously invented the “photographic sequence”, which he used to tell little and, often, humorous tales that explored concepts such as narcissism, literature, the grotesque, mythology and fantasy.

Now he began to include texts next to the images. His goal was to make viewers aware of the ambiguity inherent to the photographic medium, which is supposed to reproduce “truth” and, at the same time, has the ability to create literary fictions that take advantage of our natural gullibility.

Including texts within the photograph is another variation of the relationship between writing and the photographic image. These textual elements can be crucial in order to fully comprehend the message conveyed by the photograph, due to what they actually say as well as to what they reveal of a specific society. This can be clearly seen in much of Walker Evans’
documentary work during the Great Depression in the United States. This interest in combining images and text is also visible in the final years of his career, when he included text inside his color Polaroids. It must not be forgotten that writing was Evan’s true vocation and that, in association with James Agee, he is the author one of the most original books ever published, the now legendary Let Us Praise Now Famous Men.

Also worth mentioning is William Klein’s photographic portrait of New York City in the mid 1950’s. The new edition of his book New York includes a whole chapter devoted to the written messages so characteristic of that city, from newspaper headlines to graffiti and all sorts of messages inserted in store and restaurant windows.

Robert Frank, in his constant search for the expressive limits of photography, has also used the written word in his works. He has, for instance, taken pictures of a photograph hung up with clothespins in which the word “Words” can be read. He has also written words directly on the negatives, thus fixing permanently the relation between the text, which becomes an image, and the original photograph.

The progressive refinement of Bernard Faucon’s works has led him to include essential text in two of his photographic series. For his Les Écritures [The Writings], he placed texts of light in the landscape. In La fin de l’image [The End of the Image], he uses philosophical texts written on the skin.

The photo book is arguably the best format for the photograph-text relationship to flourish. Seminal in this sense is the abovementioned Let Us Now Praise Famous Men, by Walker Evans and James Agee, published in the late 1930’s. Nebraska-based Wright Morris created sophisticated narratives combining his own texts and photographs in innovative books such as The Inhabitants (1946), The Home Place (1948) or God’s Country and My People (1968).

In the early 1960’s a small Barcelona-based publishing house named Lumen had the idea of bringing out books with pictures. Each book of the series had a specific subject and called for the collaboration of a photographer and a writer. The essence of the Palabra e Imagen collection is embodied by its first book, Libro de juegos para los niños de otros [Book of games for other people’s children].

Chema Madoz is one of the many photographers who have successfully used text in their works. Not only has he explored the meaning of the written word in his photographs, but has gone as far as to publish a book, Fotopoemario, in collaboration with the poet Joan Brossa. As the editor states in the back cover, the book demonstrates that, although an image may be worth a thousand words, a poem may also offer us a great image. The book is a game of interrelated ideas emerging from the mutual inspiration of both artists.

In the early 1990’s Wim Wenders published Einmal [Once], which consists of texts and photographs. The texts, which take the form of brief narrative poems, establish an interesting complementary relationship with the photographs.

The list of writers who, in one way or another, have used photography in their works is very long, and include, among others, Émile Zola and Victor Hugo in the 19th century and Juan Rulfo, Georges Simenon, Eudora Welty, Julio Cortázar, Aldous Huxley, Allen Ginsberg and W.G. Sebald in the 20th.

The strong presence of textual elements inside photographs or next to them, for example in advertising photography, raises a more general question. As Christian Caujolle states in his essay “Text And Photograph: A Rich and Complex Relationship”: “Perhaps, contrary to currently received opinion, we continue to live in a text-dominated civilization, not an image-dominated one, even if the visual image is everywhere.” 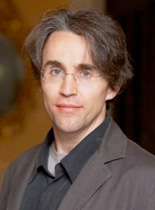 (Valladolid, Spain 1967) is the author of three novels —Baruc en el río [Baruc in the River] (2011), El libro del amor esquivo [The Book of Elusive Love] (Finalist of the prestigious Nadal prize in 2009), and La sombra del escapista [The Shadow of the Escape Artist] (Winner of the Torrente Ballester prize in 2002)— and two collections of micro stories —Los ojos de los peces [Fish Eyes] (2010) and No habría sido igual sin la lluvia [It Wouldn’t Have Been the Same Without the Rain] (Winner of the Mario Vargas Llosa NH prize in 2007)—. He teaches Creative Writing at Escuela de Escritores in Madrid.