After the Melting Plot performance in Turin, some of the participants commented their experience by sharing  the most relevant flashes while they prepare for the upcoming performance in Vienna on the 23rd. of May 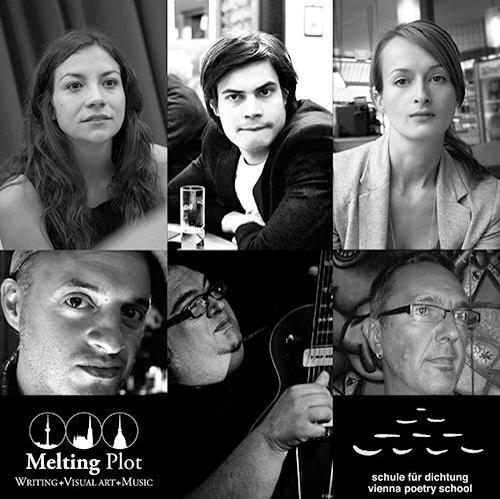 In the evening of the 12th of April, Marta was repeting the word “water” as she was lengthening the vowels. “Aaaacquaaaaa, aaaaacquaaaa”, as though she would have been asking the audience of Le Founderie Limone to give her drink. She naturally became the girl of her story. And the mother. And the father. Anche il fuoco e l’aaaacquaaaa. A pleading “A” the musician Abraham Boba echoed and the visual artist Michaela Schwentner shot.  And then, the thirst and the sea.

There was the rough sea in the background, with a strange Scirocco wind from the south, one of those troublesome winds, and a torrid and sultry heat. (…) Thirty sunny days had gone by, followed by seven continuous rainy days and an unexpected cold weather. (…) She turned on the Tv. The sounds coming from the Tv mixed with the roar of the rain rolling down the roof, and things got better for a moment.

On the 13th of April, the day after, Sandra’s voice digresses around almost any city, almost nowhere, helped by Max Carletti’s piano and Maya Watanabe’s  dizzy projections up to the point Sandra was surprised by a wolf in the last corner of that city. Even so, she says, it’s easy to finish your day.

You can go to dinner in a small restaurant with red and white checkered tablecloth; you skip dessert, and then you pick up a bar that you might like; a bar where smoking is permitted, because tonight you want to forget you don’t smoke anymore; smokers seem all of a sudden to be carefree people, like the past, when you look at it from a certain distance.

—How would you briefly describe this first experience and the work achieved along with the other two artists?

—Marta Pastorino: I started from a very personal plot and idea, and this project created in me the possibility to explore unexpected answers.—Sangra Gugic: The text Passante  —the female equivalent to the literary motiv of the flaneur— is tracing paths in a city, that contains fragments of Turin as well as a lot of other (possible) cities. As it says in the text: “Maybe the guidance systems are just suggestions for possible directions, a positioning, and the names of the streets like, the names of the cities are just a synonym for the world as a possibility”. Maya Watanabe and Max Carletti an I melted our ideas together in the best possible way. We did not have a lot of time to rehearse and share ideas, so we had to connect quickly and find the best working solutions together, and it worked out really good, it even was great fun to share ideas.

—Maya Watanabe: It was an ideal space for experimentation and also for testing the limits of communication. We met for the first time in Turin two weeks before our presentation, and at that time we didn’t know anything about each other or our works. We had to build up something together using a language that is not our native language. We started working “blind” and, at the moment of the presentation, I realized that communication is not just about language or like-minded people understanding but about something else.

—How was the relationship on stage between the text, the music and the images?

—Marta Pastorino: I heard the music first time on stage, in the afternoon, few hours before the exhibition with public.  That moment was great. It totally helped me to feel my story and the rhythm of the text and the words. The video was a clear score of colors that followed the sense of my story.

—Maya Watanabe: It worked very naturally. We get along together very well so, even if we had just one evening of rehearsal, our fine communication on the stage was a consequence of our good communication out of the stage.
—Sandra Gugic: My text Passante works with interlocking fragments, like perception of spaces, urban moments, shifting between zoom, panorama in a narrators stream of consciousness. The text was the basis for the visual and muscial parts/ interlockings.  Maya Watanabe, the video artist, worked with some of the pictures and narrative loops used in the text. She mixed (super-8)-footage and handcamera videos. That really connected with the text. Max Carletti made background-sounds for some parts during my reading and had his solos, both parts of music/sounds where formal and in content connected to the tenor of the text – as well as Maya’s work.

—In one word (in one sentence, in one image), what was your experience of Turin?

—Sandra Gugic: One image is hard to find for a city you hardly know. A city image can only be a tilting image, cause each city has a lot of different and alternative sides, you can choose which side you want to reflect or show and I only saw a tiny bit of Torino in this short period of time. Torino is definitely very alive, pleasant and beautiful city with some darker parts, like every city has. Like the beggars you see on the streets of the city centre or the poverty in the suburbs where I saw a shanty town right after (or before) the road sign of Torino.

—What did the city awaken in you?

—Marta Pastorino: Thinking about the city is conflicting for me. Ideally, I would like to escape from it, but I can’t. I’m interested in the clash between urban and nature. In my story, environment has a rule of sense: there is a country drought-stricken and a big flood in a city. Now, I will write the third part, when I’ll come and discover Madrid.