During the past 29th and 30th of November, the French school inaugurated our project year Dreams with a two days workshop. Bellow, you will find a general review of the experience reported by its teacher Bernadette Durand 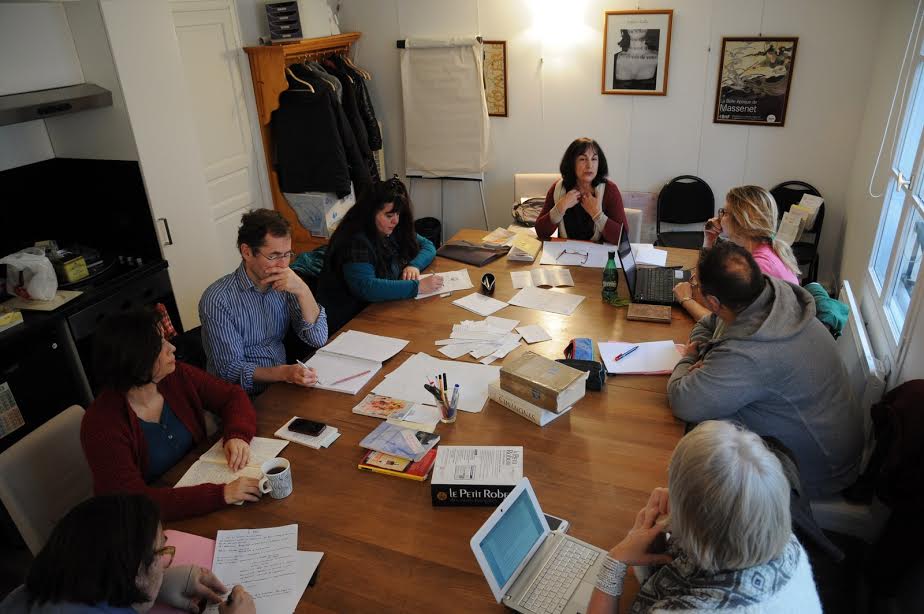 Seven participants attended the two days workshop, five women and two men – mostly advanced students – with very different expectations. Some were just curious to explore the topic, others wanted to enrich an ongoing project, others wanted to gain a new writing tool.

The initial presentation of the topic started from a historical approach from antiquity onwards. Then we discussed the use of dreams in literature. Finally some key elements taken from psychoanalysis were given to understand the mechanism of dreams. This presentation was nourished by readings of ancient texts and essays on dreams.

The four writing prompts were both based on literary texts and on images : collages by Max Ernst and Jacques Prévert, extracts from Georges Perec’s The dark shop, Antonio Tabucchi’s  Dreams of Dreams, Haruki Murakami’s 1Q84 and Henry Bauchau’s Temps du rêve.

We have tried to reflect upon the narrative function of telling a dream in a literary text, the peculiar relation between dream and Time and the literary potential it offers. With Freud we have reflected upon the link between daydreaming and writing.

The four prompts were enriched by the reading of poetry by Michel Butor, Anne Dufourmantelle, Jean-Michel Maulpoix, Henry Michaux …

«Are dreams literary stuff ?», we asked ourselves in the workshop’s presentation. The quality of the texts written during the workshop allows us to give that question a positive answer.