Astrid de Laage (Le Coin Bleu) breaks the seal of our National writers new section to present us the work of the Belgium multidisciplinary artist Henry Bauchau. De Laage tells us how Bauchau’s life started «in flames» and how ended up throughout the blind lucidity of Oedipus. Our National writers section seeks to tackle into relatively unknown European authors whose valuable work is considered to be reviewed and revealed

Henry Bauchau (born in Malines, Belgium in 1913) died in 2012, leaving behind him a work of great intensity, as well as a story of survival and reconstruction. At 99 years old, this youthful and wise man was still writing everyday, and looking at life with a mixture of hope and lucidity. 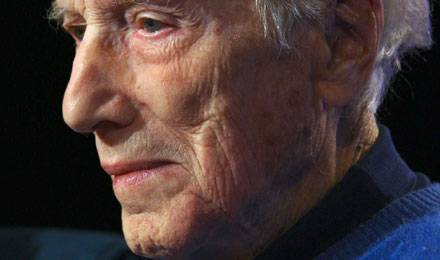 What happened to the laughing child

and how many times do we need to fall

to learn how to walk?

In August 1914, during the German invasion, the University of Louvain and its library are destroyed by fire. Louvain is in ruins, many valuable works and books are in flames. This is where everything begins for Henry Bauchau.

He is only 18 months old when his world begins to crumble. Separated from his mother, he was left with a sensation of rupture and abandonment. This event is the bedrock of his journey between words, as a poet, a writer and a psychoanalyst. His first novel, (La Déchirure[1], Ed. Luc Pire, 1966) is a multileveled narrative on the loss of his mother. 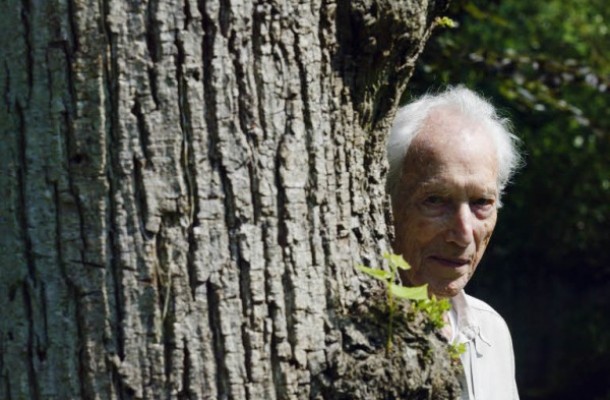 The process of writing which animates his work, shows a constant dialogue among poetry, fiction, autobiography and diary. Bauchau notes that this diversity of voices allows him to gradually reveal and unfold himself.

In his novels, present tense and first person are used to reflect his characters progress or hesitations, and involve the reader in the narrative. He investigates at their pace, upclose, and their adventures are ours. His diaries accompany fiction, inviting us to follow this work in progress. The movement of time is recorded in the work.

The pattern of the journey is very significant in Henry Bauchau’s work. He quotes Yeats : «Walk slowly because you are walking on my dreams», walking and writing through life among the invisible, among  what he calls «the people of the disaster».

This expression appears for the first time in L’enfant Bleu[2] (Actes Sud, 2005).

In this novel, Bauchau recounts a personnel experience, the accompaniment of Orion, a psychotic child as he moves from the violence of chaos to the possibility of expressing what I would call his inner self, in both drawings and texts.

The wounds of Oedipus’s eyes 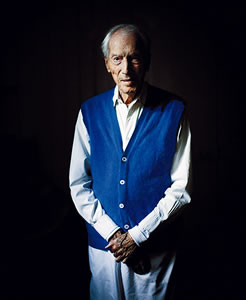 which have bled for so long

are beginning to heal.

Incipit of Oedipus on the Road (Arcade Publishing, 1997).

But the work that engulfed Bauchau’s entire life, like the flames in Louvain, is his trilogy, Oedipe sur la route, Diotime et les lions, Antigone[1] (Actes Sud, 1990, 1991, 1997). In this fascinating work, Bauchau revisits the Greek myth. Allowing the Theban characters to reintegrate their human condition, he gives the narrative new insight, both intimate and alert to the issues of modern times.

(4) Oedipus on the Road, Diotime and the lions, Antigone.