After our XIV symposium and IV Pedqagogical Conference, recently celebrated in Brussels (September, 12-15), Daan Janssens prepared and performed this brilliant chronicle in the best poetry slam tradition. A big hearttelijk bedankt to Daan, to An Leenders and her great organisational Belgian team  from Creatief Schrijven! 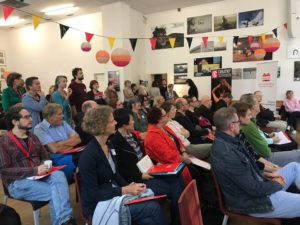 Impressions of neighbouring lives in writing

there is a vulnerability to all this 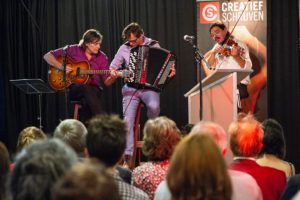 ‘impressions of neighbouring lives in writing’

is there such a thing as a native language when writing

the native language of conferences seems to be English

idiosyncrasies as a new wave – a new state of writing

not only a governmental body

but most importantly an idea conveyed through different tongues

that text is the only thing we know about

we all want to get linked with each other on LinkedIn

our eight imaginary limbs eagerly waiting to be triggered

there will always be progress

and boomerang is not an english word

and the question is are you having fun

because real life refuses to give me a narrative

structure me, world – petrify my existence in the liveliest way

into words that fulfill exactly their intended purpose to give meaning

paragraphs connecting all these words together

until I would end up with an entirety of text

images of clothes tumbling in a dryer

images of an airplane simulation

images of waves crashing into marbled pebbles on an unknown shore

a person can be changed

during a certain period of time – a subjective construct

dow jones who? wall street what? 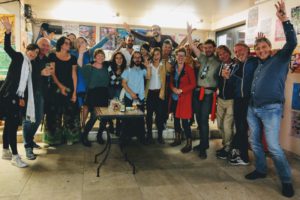 days that will hopefully last beyond the petty bounds of sunset and sunrise.