From the 26th to the 27th of May, Luca Scarlini from Scuola Holden (Turin) will be imparting one of his most renowned courses at Escuela de Escritores (Madrid): a six hours journey tracking all the narrative and fictional references of Apocalypse. This pedagogical offer will take place thanks to our EACWP Teachers’ Interchange Program 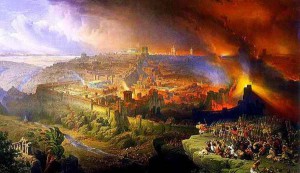 In any culture, the end of the world, the Apocalypse, is a recurring subject. All philosophies and religions state destruction and regeneration as one of the foundational experiences of human beings. This course will depart from St. John’s Apocalypse, which has been a both powerful and inspirational text for writers of all times and beliefs. Also, it is considered to be the DNA of science fiction and gothic novel just as we know them today.

Along with this biblical story, Luca Scarlini will review different cultural examples from pictorial works of art, films and novels linked to Apocalypse, that actually illustrate its prominence as a key storytelling pattern.

After analyzing all these examples, students will be invited to write their texts in order to develop their own apocalyptic fantasies, interpretations and recreations.

The course will be imparted mainly in English, although some references and texts in Spanish will be also examined and commented. 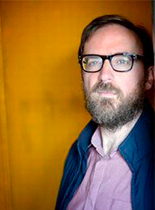 Luca Scarlini (Florence, 1966 ) is graduated in History of Theatre in Italy and continued his studies in England. Playwriter, translator of essays, arts administrator and publishing consultant for various publishers houses, Scarlini teaches and writes about theater of the twentieth century as well as on the relationship between literature and music in publications of Teatro Regio in Turin , Amici della Musica in Perugia and Ravenna’s festival. He also works for Radio 2 (Atlantis ), Radio 3 in Rome, Radio3 Suite, and develops music programs at Clasicca Rete Toscana, a network of classical music 24 hours a day between Florence and Prato.  Scarlini is the artistic director of MilanOltre festival in Teatro dell’Elfo in Milan, as well as general coordinator of the activities of Torino World Book Capital. His latest book is entitled Lustrini per il regno dei cieli.